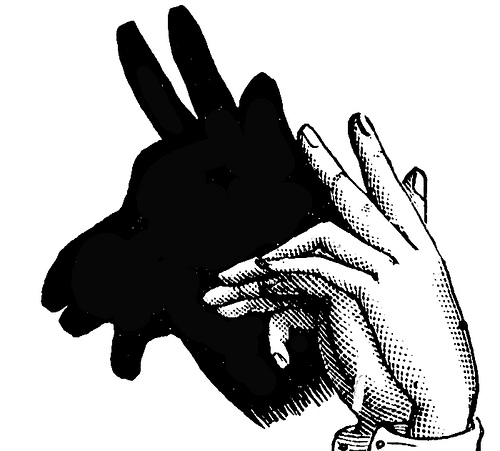 Disclaimer - This article discusses topics which are not cemented yet, may change and likely won't work without browser shims / hacks. This article uses <"shadow-tree"></> syntax like the CSS specification does to demarcate the shadow tree in the DOM.

So we have all likely heard of web components by now; they are usable in most JavaScript libraries and are the UI kit that is expected of any GUI related software.

However one of the least discussed features of web components is the Shadow DOM and even less discussed is how it can be styled with scoped styles.

Shadow DOM is the way in which developers will be able to hide away the minor details of website implementation, this means that template authors won't need to worry as much about perfecting their markup and concentrate on the building block they are trying to make. A great example of this is select boxes native in browsers, content authors don't need to worry about all the complexities of the buttons and functionality. The author can then just give some basic styling to the select box.

So I hear you cry, why is this different to normal components that give us the ability to define our own web language and reuse. Well I think it solves the issue of specificity - by defining the boundaries of reusable objects, you gain the ability to isolate styles when necessary. 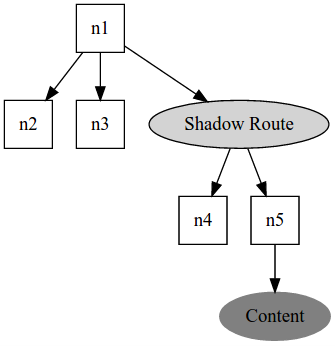 Elements are nested under the Shadow host n1.

Once rendered, elements that are not a Shadow route are nested under the DOM insertion point <content>

So why does it matter to me?

A simpler implementation (The design)

However we can vastly simplify this for the most common usage with custom elements;

Assuming we have some code building the custom elements (see final example), the following code:

Will result in the following DOM tree:

Registering a new component is our first step to getting to the design set out above.

Let's register a new component called product-demo and register it to the global window.productDemo.

We can use the element before we define it in the JavaScript as HTML5 allows for custom elements that are not defined yet. However if we define custom behaviour to the window.productDemo once the element is created this behaviour get applied to the element.

Customising the new element becomes simple with the new method createdCallback on the defined element. The callback is triggered when a new element instance is created, this gives us the ability to add custom behaviour on initialisation.

Web Components doesn't require us to use <template> tags however they make writing the innards of a shadow simpler by being in a self contained placeholder.

Templates are just a simple blueprint for DOM nodes that have to be cloned to be inserted into the DOM:

The problem with this is that however complex the template, there is nothing dynamic to the component yet. However later on we will see that we use the createdCallback to add in functionality from passed attributes to our custom elements.

Element.createShadowRoot creates a shadow root on the element.

By adding this to an element it turns the element into a shadow host which in terms of JavaScript is similar to document.createDocumentFragment in that it isn't a real element in the conventional sense.

Scoped styles are the main advantage to Shadow DOM in that the selectors exposed allow web component developers to be able to 'black box' their code appearance unless the user of the component explicitly wanted to style within the component.

Styles within the shadow DOM are scoped to the Shadow root rather than document wide as they normally would be.

CSS Scoping specification defines ways in which we can utilise CSS to get over those age old specificity woes.

The spec brings along some new friends which will really be useful for working with shadow DOM:

Selectors from the outside

::shadow can be used to override the components styles within the shadow DOM allowing you to pierce through the shadow and pick out elements within it.

>>> deep shadow selector, through multiple layers of shadow DOM. This selects all the matching elements through the shadow including DOM insertion point content also. Chrome doesn't even support this selector yet, /deep/ was in the older version of the specification and is the current implemented version in Chrome unstable.

:unresolved can be used to target elements that have not yet been registered by the JavaScript. As all new web components are not native in the browser, until the elements are defined then the browsers considers web-component tags as 'unresolved' when the element is defined then the flag is removed from those elements. This means that the CSS author has full control of the behaviour of an element until the element is defined. For example the author could pick to hide the elements or show a loading spinner.

Selectors from the inside

These selectors are for use within the Shadow DOM to select into the <content> element or matching certain Shadow host elements.

::content for me is important in that it helps us define relationships between other components:

Used from within a Shadow DOM to select the Shadow host that matches the selector within the brackets.

:host is used for selecting the shadow host element from within the shadow DOM itself.

:host-context is used to select the parents of the host element from within the shadow context.

Putting it all into action

Here is a simple function I made to define new elements with a shadow DOM.

This sets up a new component which has a shadow DOM within it, the template specified will be inserted into shadow DOM which the function also sets up.

WHAT!? I hear you cry, nested <style> tags within my component template? For now this is the simplest implementation for component scoped styles however rolling a custom <import from separate assets later would be advised. However the idea is that most components should be kept small so who knows this may become the common form as practices evolve.

Our actual template using the elements:

It is worth noting the same effect could be achieved with the same CSS outside the templates:

See this on CodePen

Which is lengthier however there are a few solutions to this: